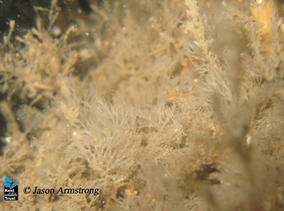 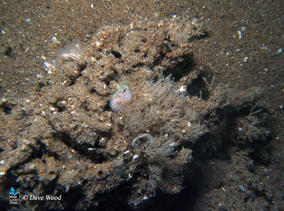 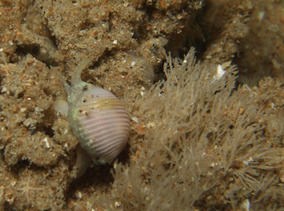 Crisia is a diverse and well known genus which includes six British species. Colonies consist of erect, free-growing jointed branches. The species are white in colour, bushy and typically 2-4 cm tall. Joints may be black, yellow or colourless and are useful for identification purposes. Like all cyclostomes, the autozooids are cylindrical with a terminal orifice. They range in length from 0.25-0.55 mm. Modified zooids (gonozooids) act as brood chambers. In Crisia species, the gonozooids are greatly inflated and therefore very apparent on the colonies.

Crisia species are best known as a major constituent of turf communities. Such communities of filter feeding animals with erect tufted colonies will frequently occupy considerable areas. Crisia species typically colonises rock surfaces beneath low level shaded overhangs and damp crevices on sheltered rocky shores, where they often form dense  and extensive populations. Species may also be found on shells, kelp stipes, small red algae, hydroids and other bryozoans, and can extend down to approximately 270 metres in the UK

To identify the British species it is necessary to determine the number of zooids comprising the internodes, joint colour and characteristics of the gonozooids.