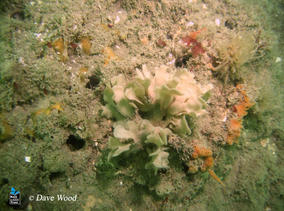 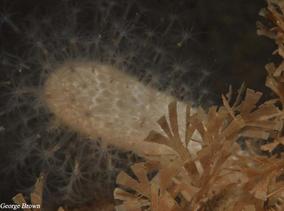 Bryozoan species in this family  typically have erect colonies with broad or narrow, divided fronds. The fronds are flattened and flexible, but without joints. Fronds can be either unilaminar or bilaminar, with two layers of zooids arranged back to back. Zooids are lightly calcified, rectangular and often elongated. The frontal surface is usually entirely membranous, and a gymnocyst and cryptocyst are absent or greatly reduced in all species, except those of the genus Hicksina, where a small gymnocyst may be apparent. A few short pointed spines may be present. Vicarious avicularia may also be present with a broad rounded mandible. Avicularia occur interposed between zooids in a longitudinal series. Ovicells, when present, are endozooidal and appear as small cap-like strucutres at the distal end of the fertile zooids. Species can colonise a range of substrata, attaching by a basal encrusting portion, rather than by rhizoids.